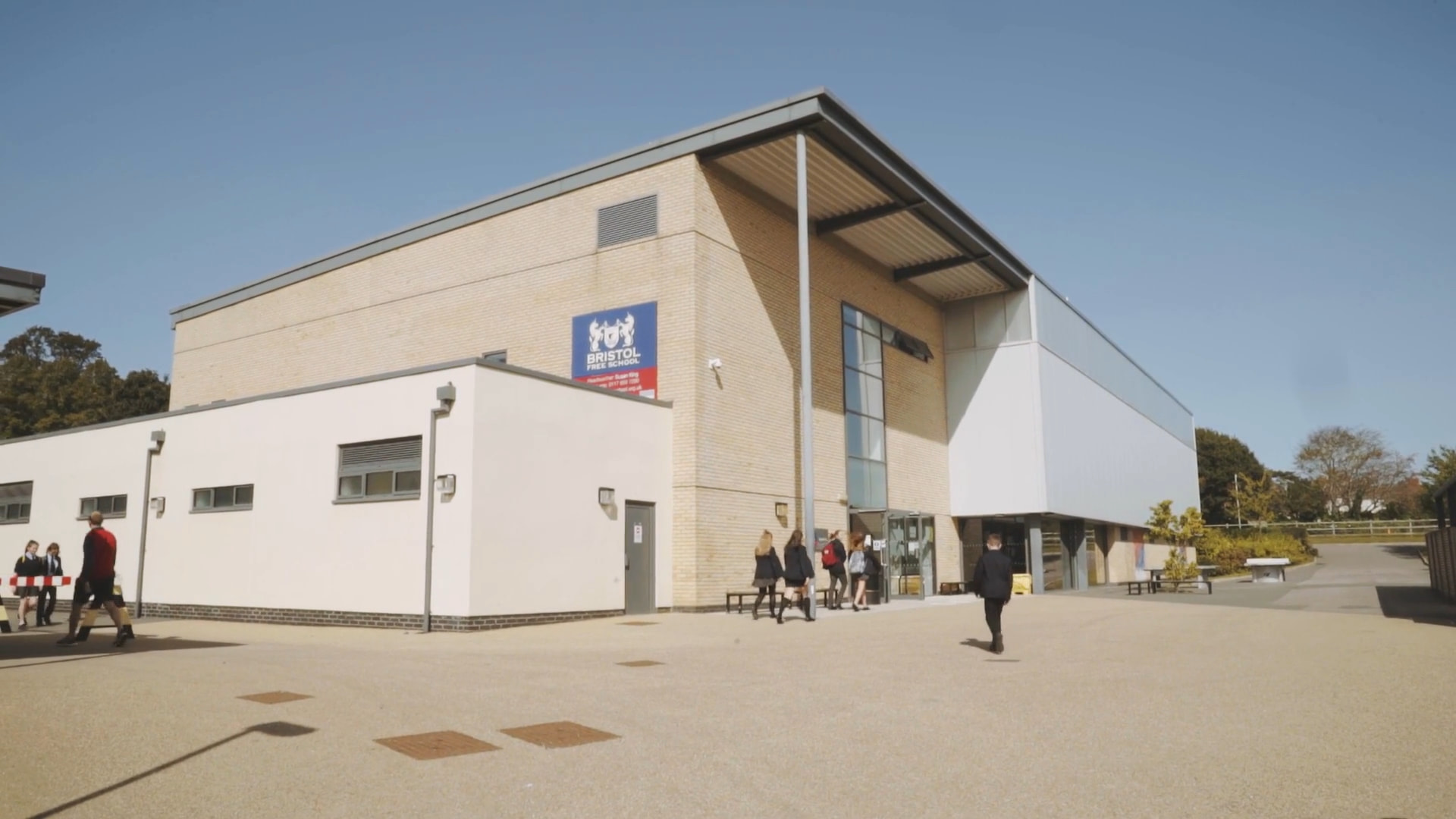 Term 1 and 2: The Physical Processes of the UK

Coasts are shaped by a variety of processes, creating landforms by both deposition and erosion. The topic also looks at management of the coastal zone to protect the area from both human and physical damage.

Rivers are shaped by a variety of processes, creating landforms by both deposition and erosion. The topic also looks at management and flooding prevention.

a wave-eroded passage through a small headland. This begins as a cave which is gradually widened and deepened until it cuts through

rocks being carried by the river smash together and break into smaller, smoother and rounder particles

a wide coastal inlet, often with a beach, where areas of less resistant rock have been eroded by the sea

adding new material to a beach artificially, through the dumping of large amounts of sand or shingle

a low ridge on a sandy beach created by swash, usually marks the high tide line

a type of weathering caused by flora and fauna, such as plant roots growing in cracks in the rock or animals burrowing into weak rocks

weathering of limestone and chalk by acidic rainwater

the explosive force of air trapped in the cracks of rock

a steep high rock face formed by weathering and erosion

the establishment of a new coastline as part of managed retreat, often allowing flooding to occur over low-lying land to protect farmland, roads and settlements

deposit of sand which has been blown inland by onshore winds

wearing away and removal of material by a moving force, such as a breaking wave

a crack or line of weakness in rock

the distance of open water over which the wind can blow

the way that layers of rock are folded or tilted

a map reference that indicates a location using numbered vertical and horizontal lines that run up and down, and increase in value from bottom to top of the map

a wooden barrier built out into the sea to stop the longshore drift of sand and shingle, and allow the beach to grow

a rocky coastal promontory (highpoint of land) made of rock that is resistant to erosion: headlands lie between bays of less resistant rock where the land has been eroded by the sea

process where breaking waves compress pockets of air in cracks in a cliff; the pressure may cause the crack to widen, breaking off rock

a physical feature of the Earths surface

the movement of rock, earth or debris down the slope of a hill. Also known as a landslip

type of grass that is adapted to windy, exposed conditions and is used in coastal management to stabilise sand dunes

downhill movement of weathered material under the force of gravity

physical disintegration or break up of exposed rock without any change in its chemical composition, i.e. freezethaw

when saturated soil and weak rock flow down a slope

a fragment of rock breaks away from the cliff face, often due to freeze-thaw weathering

slump of saturated soil and weak rock along a curved surface

a weathering process where salt crystals grow and expand in the cracks and holes of rock, creating pressure which eventually causes fragments of rock to break away

hopping movement of pebbles along a river or sea bed

accumulation of fragments of weathered rock

depositional landform formed when a finger of sediment extends from the shore out to sea, often at a river mouth

the forward movement of a wave up a beach

the movement of eroded material

wave energy is reduced in bays as the water gets shallower

rocky, level shelf at or around sea level representing the base of old, retreated cliffs

Students will consider the balance between social, economic and environmental costs and benefits.

This helps students to develop a sense of empathy.

Term 3 and 4: Urban Issues and Challenges

The unit focus on how a growing percentage of the

urban areas. This urban growth can create challenges and opportunities and urban change in cities in the UK leads to a variety of social, economic and environmental opportunities and challenges. The unit ends with a focus on sustainable management of resources and transport in urban areas

harmful emissions, or other substances, that enter Earths atmosphere

chances for people to improve their standard of living through employment

a squatter settlement in a Brazilian city

the type of employment where people receive a regular wage, pay tax, and have certain rights such as paid holidays and sick leave

urban area with an important role in the global economy

employment outside the official knowledge of the government

the way in which land is used, or has been modified or managed by people

when people move from one area to another

birth rate minus the death rate of a population

the presence of chemicals, noise, dirt or other substances which have harmful or poisonous effects on an environment

how good a persons life is, measured by such things of housing and environment, access to education, healthcare, how secure people feel and how happy they are with their lifestyle

when people move from rural to urban areas

measures designed to protect public health, such as providing clean water and disposing of sewage and waste

an area of (often illegal) poor-quality housing, lacking in services like water supply, sewerage and electricity

when there is too great a volume of traffic for roads to cope with, and traffic slows to a crawl

the increase in the area covered by cities

Students will develop an understanding of urban areas and the effects of cities on people and the environment.

Students will develop a sense of empathy for other communities and differences in the way that people live as well as the challenges that people face.

Students will focus on small scale ecosystems in the UK, large scale tropical rainforests and fragile cold environments. Students will look at the systems which underpin life in each of these environments before considering the impacts of humans at a range of different scales.

global-scale ecosystems such as a tropical rainforest or deciduous woodland

an individual part or element of a wider system

large scale ecosystem, such as tropical rainforest or tundra

lines that run parallel to Earths Equator, measured in degrees

on-going recycling of nutrients between living organisms and their environment

a primitive tribe of about 11,000 who live in the Peruvian Amazon

the variety of life in the world or a particular ecosystem

the continuous layer of branches in a forest, which in tropical rainforests hosts the majority of plant and animal species

the removal of CO2 from the atmosphere

the average weather over a long period of time

a long-term change in the earth's climate, especially a change due to an increase in the average atmospheric temperature

managing the environment in order to preserve, protect or restore it

the cutting down and removal of forest

the increase of global temperatures

native to a particular place, usually living in harmony with the natural environment, using resources without causing long-term harm

soil which is unable to reproduce or sustain life

the removal of solid mineral resources from the earth

actions taken before a hazard strikes to reduce its impact, such as educating people or improving building design

sustainable forestry management where only carefully selected trees are cut down

a method of land clearing that involves the use of fire, which creates valuable nutrients to help plants grow, but can grow out of control and destroy large areas of forest

removal of topsoil faster than it can be replaced, due to natural (water and wind action), animal, and human activity

people removed from one place and moved to another

ocean located in the northern hemisphere within the Arctic Circle

temperatures that present challenges for people, animals and plants living in in certain environments

energy generated by heat stored deep in the Earth

the accidental leakage of oil from rigs or refineries into the surrounding area, resulting in severe environmental damage and pollution

the most extreme cold environment with permanent ice, i.e. Greenland and Antarctica

chemicals, noise, dirt or other substances which have harmful or poisonous effects on an environment

a vast, flat, treeless Arctic region of Europe, Asia, and North America where the subsoil is permanently frozen

This unit helps students to see how they are supported by life on this planet and how their actions either help to support or contradict the sustainability of these systems.

Students consider how the impact from their lives have far reaching consequences.

This unit is concerned with human processes, systems and outcomes and how these change both spatially and temporally. They are studied in a variety of places and at a range of scales and must include places in various states of development, such as higher income countries (HICs), lower income countries (LICs) and newly emerging economies (NEEs).

intensive farming aimed at maximizing the amount of food produced

the progress of a country in terms of economic growth, the use of technology and human welfare

the range of energy sources of a region or country, both renewable and non-renewable

uninterrupted availability of energy sources at an affordable price

a natural fuel such as coal or gas, formed in the geological past from the remains of living organisms

the process of extracting gas from gas shale where fluids at high pressure are injected to fracture the shale rock, allowing the gas to escape

a resource that cannot be exhausted, e.g. wind, solar and tidal energy

a food intake below that needed to sustain a healthy life

when people do not eat enough nutrients to cover their needs for energy and growth, or to maintain a healthy immune system

when demand for water is greater than supply

when the demand for water exceeds supply in a certain period, or when poor quality restricts its use

when the supply of water is greater than demand for water

a small dam which diverts water away from a stream to irrigate fields, usually made of stones and lined with leaves to make it waterproof

the process of removing salt from seawater to produce fresh water

the process of water changing from liquid to vapour

freshwater source that is found beneath the Earths surface

regulation and control of water levels, pollution, ownership and use of groundwater

the basic equipment and structures (such as roads, utilities, water supply and sewage) that are needed for a country or region to function properly

artificial application of water to the land or soil

when groundwater is used more quickly than it is being replaced

irrigation channels that transfer water to the fields

rocks that allow water to pass through them

chemicals, noise, dirt or other substances which have harmful or poisonous effects on an environment

the preservation, control and development of water resources, both surface and groundwater, and prevention of pollution

when water availability is insufficient to ensure the good health and livelihood of a population, due to short supply or poor quality

the contamination of water by substances that are harmful or poisonous to the environment, and make water supplies unsuitable for drinking

process of extracting and reusing useful substances found in waste

when the demand for water exceeds supply in a certain period, or when poor quality restricts its use

when the supply of water is greater than demand for water

diseases like cholera and typhoid caused by microorganisms in contaminated water

The aims of this unit are to develop an understanding of the factors that produce a diverse variety of human environments; the dynamic nature of these environments that change over time and place; the need for sustainable management; and the areas of current and future challenge and opportunity for these environments.

Students consider the concept of sustainability.

Jump to another subject